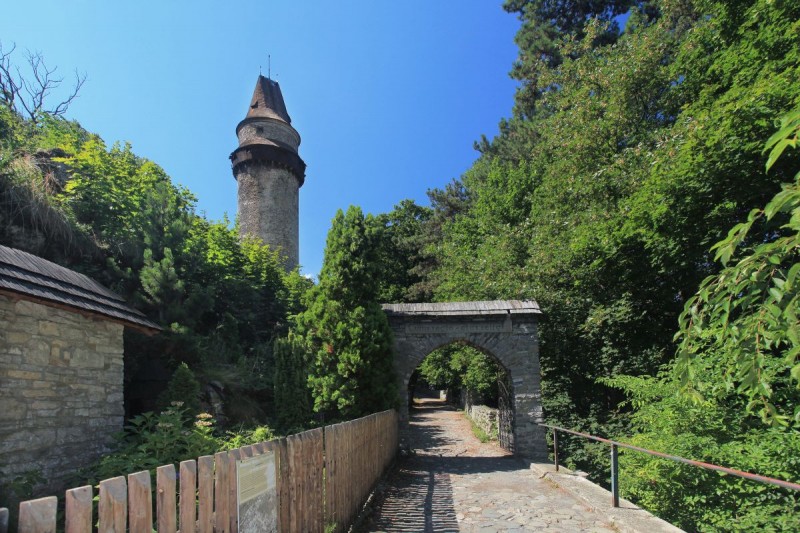 Štramberk Castle was founded in the late 13th century after the division of the domains belonging to the Hückeswagen clan. In the 16th century the castle had already been abandoned and was in dilapidated condition. Today all that remains are the fortifications and gothic castle tower called Trúba, which rises above the city of Štramberk and serves as an observation platform with a beautiful view of the Beskydy Mountains. Štramberk is home to an urban conservation area of ​​Wallachian architecture, a memorial hall to local inhabitant and illustrator Zdeněk Burian, and archaeological sites in Šipka Cave with its Neanderthal artifacts. Thanks to its picturesque historic center, dominated by Trúba, Štramberk is known as the “Moravian Bethlehem”. 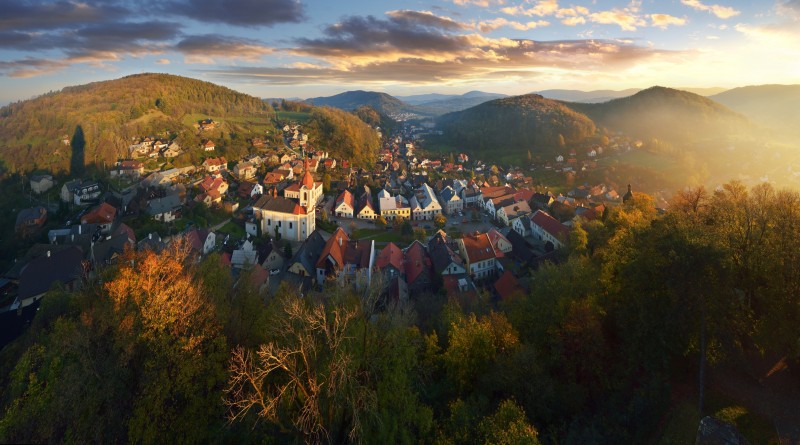